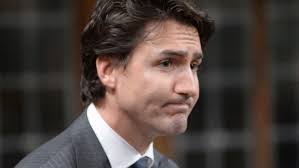 Canadians have already heard many accounts of Justin Trudeau and the Liberal government mismanaging tax dollars – from the Prime Minister’s personal travel expenses, to Ministerial limo rides and office renovations.

But the vanity and misuse has hit a whole new level. Canadians recently learned the Prime Minister actually spent $2,000 on cardboard cut-outs of himself. The laughable excuse given for this arrogance was that the cut-outs were needed to champion the values that Canadians hold dear. Canadians aren’t buying it.

It the meantime, we’ve learned the Liberals spent at least $14,500 (US) on custom filters for the mobile app Snapchat over the past year, and also tens of thousands of dollars on TVs (including almost $14,000 for a single unit at Indigenous Affairs).

We also can’t help but notice Justin Trudeau has a way of handing out tax dollars to people who don’t want it or need it. Take, for example, his night out on Broadway with Ivanka Trump where he spent $30,000 on admission tickets for bank and law firm executives.

Are Justin Trudeau cardboard cut-outs, Snapchat filters and Broadway tickets for the Prime Minister’s elite friends a good use of your tax dollars?