Submit your suggestions on how the CRA can better serve taxpayers

Agency asking Canadians how they can improve services 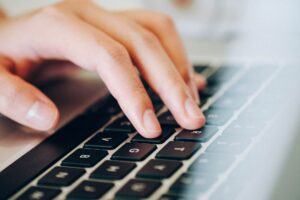 I would like to encourage constituents who have had issues with the Canada Revenue Agency (CRA) to submit their suggestions on how the Agency can better serve taxpayers. The CRA has made a commitment to change the way in which it interacts with Canadians, making it easier, faster, and more secure for them to file their taxes and receive the credits and benefits to which they are entitled – I want to ensure they know what is important to residents of Calgary Midnapore.

In support of its ongoing efforts to improve service, the CRA is launching public online consultations to allow Canadians across the country to provide their feedback. The consultation period will run until June 18, 2019, directly following the months during which most Canadians will have filed their income tax returns.

The purpose of the consultations to listen and learn from Canadians, hearing not only about their past service experiences with the CRA, but also their expectations for the future. Their comments will supplement the input that the CRA receives through existing feedback channels, public opinion research, other consultations, call centres and social media, all of which are already contributing to service improvements.

If you would like to participate, so that the CRA may hear from as many people as possible, simply follow the link below.

Participate in the CRA’s online consultation